“International Association for the Advancement of Innovative Approaches to Global Challenges IAAI” is a not-for profit private association, which has been established under Austrian law of associations by an international group of scientists and science managers in April 2007 in Bled/Slovenia (at “Bled Forum on Europe Foresight conference 2007” www.bled-forum.org). 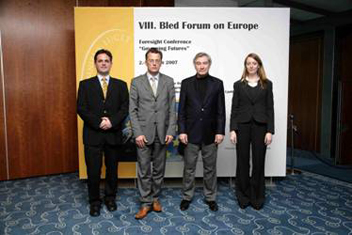 – List of IAAI founding members and board members (as of March 3 2007)
– Photos of the inaugurational General Assembly and board members
(Bled/Slovenia,March 3 2007) (photo 1, photo 2)
– Bylaws of the IAAI association (in German)
– Bylaws of the IAAI association (English translation)
– Letter of confirmation of establishment of IAAI by Austrian public authorities
– Information about IAAI in Austrian Central Register of Associations